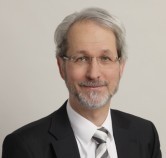 After this he worked many years as a management consultant for the Sema Group and Arthur D. Little, as well as a member of the board for a subsidiary of Siemens AG in the graphics industry. In 1995 he founded the first internet job market in Europe, called ‘jobpilot’, which went public in 2000 and he continued to grow the business, making it the European market leader with a presence in 14 countries.

In spring 2002 he sold ‘jobpilot’ to Adecco S.A., the world largest recruitment service provider, and continued at the top of the company until 2003. Since 2003 he has been an active investor as well as a founder in a number of companies in different, but primarily, technology-orientated industries.

Dr. Metzger was awarded the Online Star and received honours for extraordinary successes and pioneering work in the field of E-Recruiting by the association of the German internet economy.